Risingholme Orchestra marks its 30th anniversary this year by presenting a concert titled “Visionaries and Wunderkinder”.

This concert offers pieces and excerpts by composers – the “Visionaries” – who either transformed existing forms (Wagner) or set off in a new musical direction (Arvo Pärt).

The “Wunderkinder” (child prodigies) comprise composers who completed significant works before the age of 20 – Mendelssohn, Richard Strauss and Shostakovich.

Opening the programme is Shostakovich’s Scherzo for Orchestra – one of his few surviving early works, and probably written during his first year of study at the Saint Petersburg Conservatory, aged 13.

Wagner’s “Prelude” to Die Meistersinger von Nürnberg juxtaposes themes of majestic grandeur with those of rich lyricism – in marked contrast to the rarefied atmosphere of Arvo Pärt’s Fratres.

Richard Strauss’s Horn Concerto No. 1, written when he was 18 and performed in its entirety, forms the central piece in this programme.

The remaining excerpts are the buoyant first movement of Mendelssohn’s Symphony No.1, and Dvořák’s equally cheerful concert overture, In Nature’s Realm – part of a trilogy of stand-alone miniature tone poems that he completed before his immigration to America in 1892. 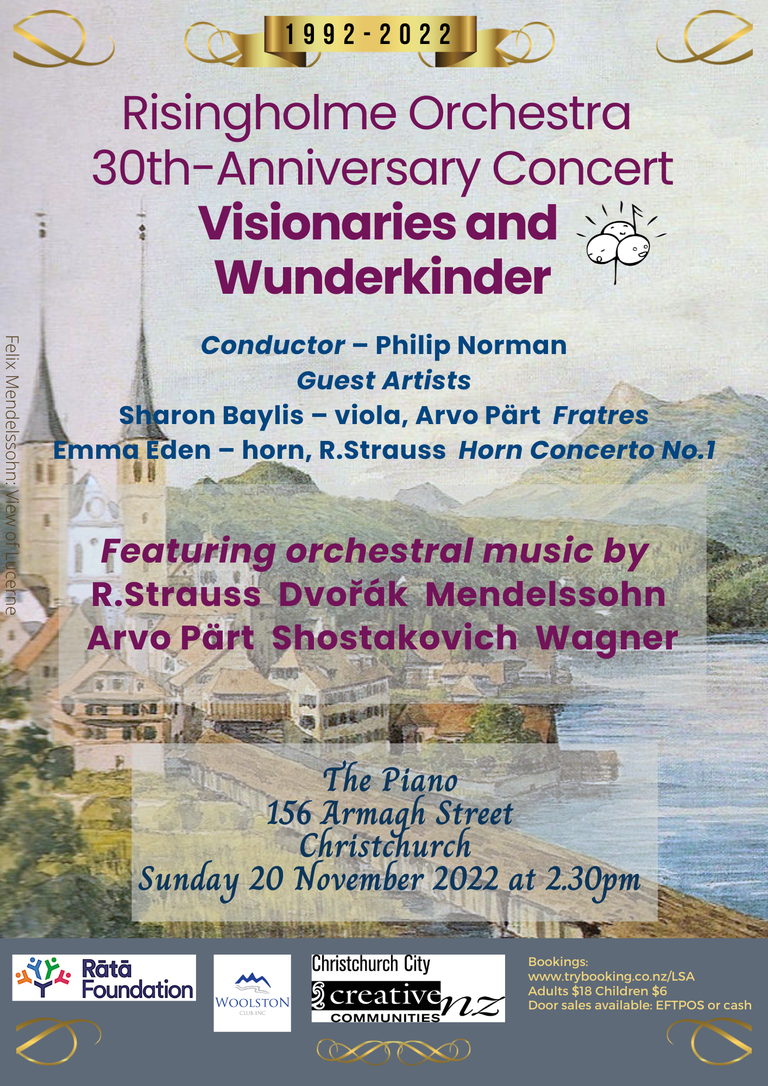