Polly Lee will have her first piano recital on Sunday afternoon, 11th of September at 3pm, featuring pieces by Schubert, Chopin and Liszt. She is a year 10 music scholar at Rangi Ruru Girls’ School and learns piano with Michael Endres. In both 2021 and 2022, Polly’s chamber groups reached National Finals. In 2021 Polly passed her Licentiate of Trinity College London (LTCL) on piano and violin with distinction.

Polly is going to play the Liszt concerto with her special guest, Michael Endres.

Michael gained a Master’s degree at the Julliard School in New York and has been described as “one of the most interesting pianists recording today”. Among his 33 recordings, he has won the prestigious French award, Diapason D’or, three times and was also awarded the ‘Choc du Musique’ twice, with The New York Times reviewing “performances with pianist Michael Endres were revelatory”.

Save to calendar
back to events 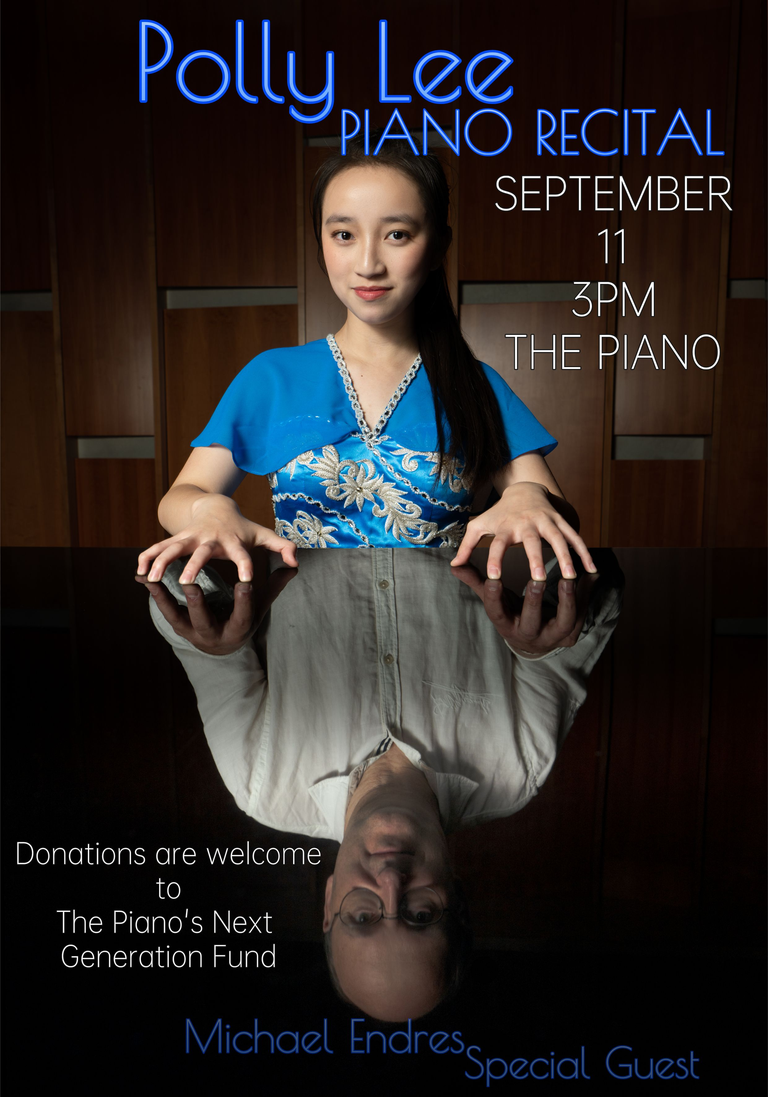