** This event has been reschedudled from June 19th **

Christchurch’s innovative and unique orchestra Resonance Ensemble conducted by Tony Ryan brings another colourful and appealing programme to the stage of The Piano on Sunday 19 June at 3.00pm.

Rusalka is Dvořák’s best-known opera and brings Slavic mythology vividly to life in the tale of a water nymph who longs to become human and does so with tragic results. The opera’s famous Song to the Moon is among the most loved of all operatic arias. Soprano Helen Charlton sings this wonderful piece, along with the equally well-known Songs My Mother Taught Me from Dvořák’s Gypsy Songs.

Dvořák’s popular Slavonic Dances reflect the pagan beliefs and superstitions of Czech folklore. These dances are full of vitality, colour and energy, and Resonance Ensemble has chosen three from each of the two sets as companions to the two vocal gems by Dvořák.

Prokofiev’s music for the 1934 Soviet film Lieutenant Kijé is typical of the composer’s quirky, original and engaging style. The film, set in the early nineteenth century, tells the story of an army officer, Lieutenant Kijé, who is invented as a scapegoat by court officials of the Tsar in order to deflect blame for their own mistakes. Things get a little tricky for the officials when the Tsar insists on meeting Kijé, and so they finally have to invent the story of his heroic death in battle.

Later in 1934 Prokofiev rewrote his Lieutenant Kijé film score as a five-movement concert suite. Two of these movements feature an optional vocal part which is rarely performed, but Resonance Ensemble, always looking to find something a bit different and unusual, is performing the version with singer, once again featuring the wonderful Helen Charlton as soloist. 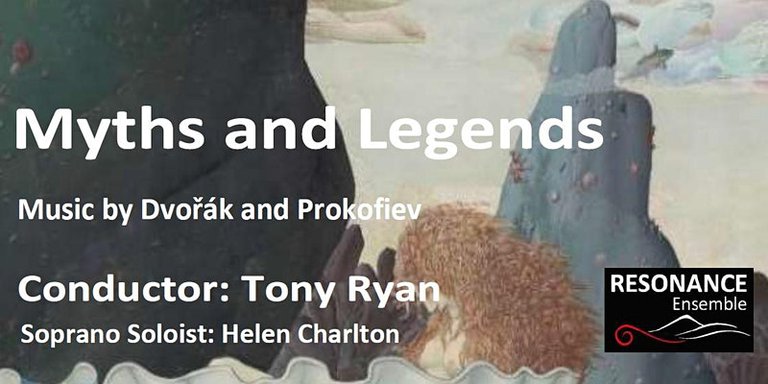