Legendary US comedian, Josh Wolf, returns to New Zealand this January! Bringing his hilarious style of stand up to Aotearoa following his first visit in 2019, Josh continues to be one of the most sought-after comics in the world.

With sold-out headline shows across the USA, Canada, UK, Australia and New Zealand, millions of followers online and over 10 million people watching his special, Father of the Year, Josh is a comic heavyweight that you don’t want to miss.

Make sure you catch a night of absolute hilarity from one of the very best to do it. 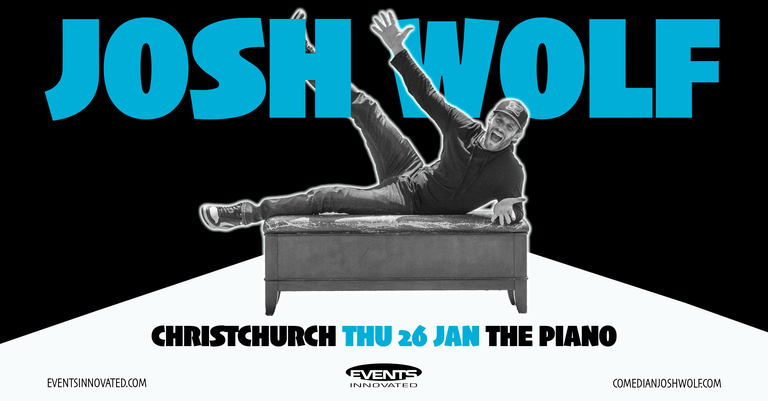