Canterbury’s own international star tenor Simon O’Neill is bringing the Grammy home. Join him and guest artist soprano Olivia Pike for an inspiring end of year concert of famous arias and duets. Operatic selections from: Pagliacci, Tosca, Marriage of Figaro, Don Giovanni, Rusalka, Turandot, Otello, and La Boheme, songs of Mario Lanza, and some of the greatest tunes of the Broadway era.

Described in the international press as respectively "a turbo-charged tenor”, "an exemplary Siegmund, terrific of voice", and "THE Wagnerian tenor of his generation”, Simon O’Neill's career has led him to many of the world’s great opera houses and concert halls.

Simon takes great delight in performing in his native New Zealand, most recently he appeared with the New Zealand Symphony Orchestra in works of Mahler and Strauss, curated and performed in the Opera Gala and Beethoven’s Fidelio with the Auckland Philharmonia Orchestra and the Dunedin Symphony Orchestra, toured the country with the Rodger Fox Big Band, concerts with Jackie Clarke and Tim Beveridge and lead the faculty at the New Zealand Opera Training School in Whanganui. In 2023 Simon will perform the world premiere of Victoria Kelly’s Requiem at the Auckland Arts Festival and appear with NZ Trio at the Festival of Colour in Wanaka. www.simononeill.com

Olivia Pike is a classically trained soprano and pianist, hailing from Ashburton, and is currently based in Dunedin. She holds a Bachelor of Music in Classical Voice Performance from the University of Otago. She has extensive experience on the stage, performing in both musical theatre and opera, and has been a member of the Freemasons New Zealand Opera Chorus in Christchurch since 2016. With NZ Opera, she made her mainstage debut as a Bridesmaid in Le Nozze de Figaro, in 2021, and performed the 2nd Apparition in Verdi’s Macbeth in 2022. She performs regularly for both Dunedin opera companies, Opera Otago, and The Little Box of Operas, with roles including Donna Elvira in Opera Otago’s 2018 production of Mozart’s Don Giovanni, the title role in The Little Box of Opera’s 2021 production of Wolf-Ferrari’s Susanna’s Secret, and the title role in Miss Brill, as part of the Mansfield Trilogy, presented by Opera Otago in 2022. Olivia competes regularly in aria competitions, gaining notable successes, including placing first in the DMMF Dunedin Aria in 2018, placing third in the DMMF Christchurch Aria in 2019, placing second in the DMMF Christchurch Aria in both 2021 and 2022, and most recently placing first in the 2022 North Shore Becroft Aria Competition.

Alongside her singing, Olivia is a classically trained pianist and studied with Professor Terence Dennis at the University of Otago for three years, whilst studying toward her Bachelor of Music. She also works as a répétiteur, teaches piano and singing privately, and has become a sought-after Vocal/Musical Director, for both high school productions and professional theatre companies. Earlier this year she completed her Master of Music in Classical Voice Performance at the University of Otago under the tutelage of Dr Tessa Romano and Professor Terence Dennis. 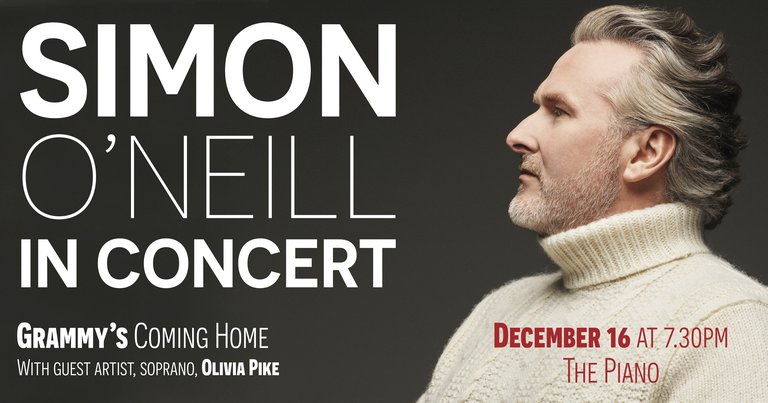