New Zealand-born flutist Hannah Darroch met Canadian guitarist Steve Cowan when they were completing doctoral studies in Montreal in 2016. Hannah is now the principal flutist with the CSO. Steve will be a soloist in a CSO concert in 2022.

This programme include selections from Robert Beaser's soulful American folk songs that earned him a Grammy nomination in 1986, paired with evocative music by two of this century's leading women composers, Joan Tower and Katherine Hoover. The programme will also introduce NZ audiences to the music of composers that the duo collaborated with in Montreal: the new-generation composer Jason Noble [b. 1980] and one of the pillars of Canadian contemporary composition, Brian Cherney [b. 1942]. Both composers have arranged very melodic and meaningful works especially for the Duo.

In association with Chamber Music NZ 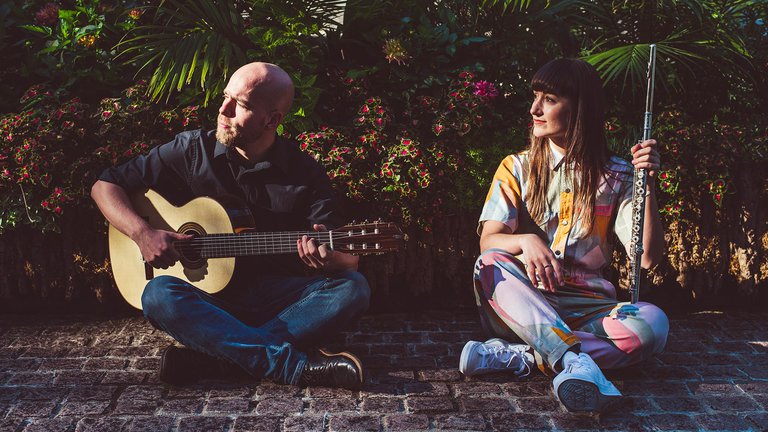